"Jeff went over and above from the time of quoting to completion of the job. He was early or on time on every account. Pricing was unbeatable and he was courteous. Exactly the type of person you want to give your hard earned money to. He even took photos of the process and had no issue talking with me through any point of the job. I would recommend Jeff above all other contractors i've ever had dealings with. Thank you Jeff, our house is quieter and cooler already!"

"We recently had Moore Skylights replace 2 old skylights. Jeff did a great job. He is very professional and courteous. Work started as per the anticipated schedule. The work areas were kept clean, There was true pride in his workmanship. No hesitation in recommending this company."

"It was a pleasure dealing with Jeff right from the first phone call. He came to our home, took measurements, made some recommendations and provided a quote very quickly. He then came ahead of schedule due to a cancellation. We found that he went above and beyond what our expectations were, dealing with several unforeseen issues because the existing skylight was installed 30 years ago. He took photos and called with an update of how things were going. We're very happy with the end result and I would definitely recommend him and his company. Great job Jeff." 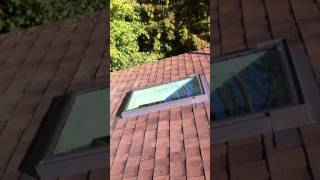 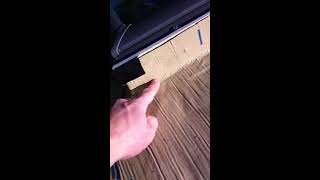 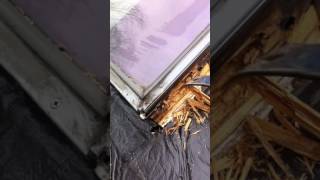 (Before & After) Skylight Repair Toronto

Moore Skylights Inc. (Out with the old rotten skylight)